We are pleased to announce the 1.3 release of Galicaster-PRO.

Galicaster-PRO  is a powerful lecture and conference recording and streaming software. Running on the recommended Hardware it builds a fully featured multi-stream recording unit. GC-PRO is based on a compiled, optimized and enriched version of Galicaster Community-Edition Software.

Lots of improvements have been done to Galicaster PRO after the last release.

If you already have a previous Galicaster PRO product and you want to upgrade it, please login the licenses portal and follow the instructions.

Large efforts have also taken place to provide a smooth installation experience. It’s now easier than ever to upgrade or install a capture agent from scratch. Restoring a capture agent to a known state is really easy as well. You can backup its configuration to a file and restore it whenever required. We think all these new features will make Galicaster PRO a better capture agent, but this release has been mostly focused in the overall user experience.

Galicaster-PRO can be bought as part of a Galicaster Capture Agent or as a Software license. 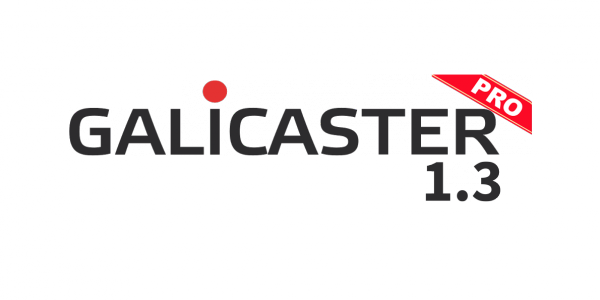